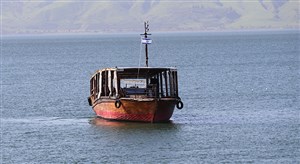 Those were just some of the words people who recently visited the Holy Land with Bishop Ruben Saenz Jr. used to describe their trip. The seven-day adventure took the group of 61 people to historic churches marking the traditional locations of Jesus’ birth, ministry, conviction, crucifixion and resurrection.

He went on to explain that over the course of our time there, he would consider it his personal failure if we didn’t think of Jerusalem and all of the Holy Land as part of our shared heritage. He also promised that up until then we had been reading our Bibles in black and white. By the time we leave, he promised, we would see the Bible in color.

Our group left with was a profoundly different view of geography of the area around the Sea of Galilee and around Jerusalem, particularly the locations of events we celebrate during Holy Week. We also did, indeed, connect with the heritage we all enjoy as followers of Christ.

And all of it came across in living color.

There were so many wonderful moments from our journey that it’s difficult to settle on just one or two defining moments. The photo album below showcases our destinations with some captions to explain the significance of some of the images. 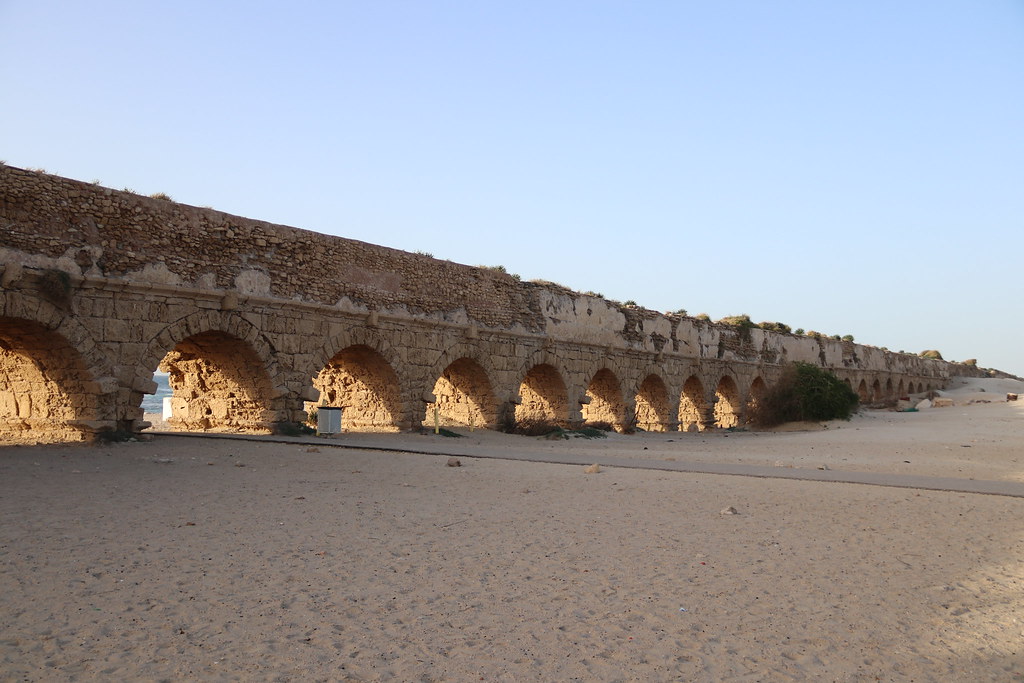 We saw the potential location of the famed manger from Christ’s birth story and the hillside where shepherds almost certainly would have been tending flocks on a silent night more than 2,000 years ago.

In fact, it was on our way to the Church of the Nativity in Bethlehem when one of our travelers, Charley File, fell ill to a heart ailment. Medical professionals in our group performed CPR, and somehow Charley started on the road to recovery. I’m happy to report that Charley and his wife, Kathy, made it back to the United States a few days after our return, and he is scheduled for surgery to fix the problem.

What a better place for a resurrection story than the Holy Land, right?

We toured a few places mentioned only sparingly in the Bible:


Of course, our travels took us to expected locations, such as the Church of the Annunciation in Nazareth, where Mary learned she would give birth to the Son of God. In fact, churches throughout the Holy Land commemorate key parts of our narrative. Not the least of those is the Church of the Holy Sepulchre in the old city of Jerusalem. How massive is it? Within its walls are the traditional locations of where Jesus was crucified and buried. Both locations were outside the city walls in Jesus’ day.

One of the most moving experiences was a brief stop at the Basilica of Agony — or Church of All Nations. Our group then gathered for a devotion just across the narrow street in the Garden of Gethsemane. I’ll admit it was pretty cool to see my wife, Amy, provide a mini-sermon in the garden where Jesus asked to be spared the cross but also where He agreed to follow through with God’s will so humankind could be saved from sin and death.

And, of course, I can't leave out the tremendous view from the Mount of Olives, from where the entire Temple Mount is visible.

There are many other locations, but you can check out the photos above and the videos below to see them for yourself.

2/4/2019
Today, our group started with a moving experience at the garden tomb, a second possible place where Jesus was buried, with a time of exploring the tomb and communion. The group also visited Emmaus and...

2/3/2019
The group spent the entire day in the Old City of Jerusalem, starting with lessons on how the Temple Mount came to be controlled by Muslims and then seeing the ruins of the pools at Bethesda, where ...

2/2/2019
The group started the day with a visit to the Mount of Olives and a chance for devotions and singing in the Garden of Gethsemane before walking Jesus' possible route on Palm Sunday and seeing the ...

1/31/2019
The group visited the ruins of Sepphoris, where it's believed Jesus and Joseph may have worked; Miggido, the site of Armaggedon from Revelation; the Church of Annunciation, built over where it's ...

1/30/2019
Our trip to he Holy Land with Bishop Ruben Saenz Jr. started with a visit to Capernaum, which was Jesus’ home base for ministry for much of his three years of teaching and preaching. We took a boat ...

One thing you won’t see in those photos or video is all-out conflict. If we’re honest, thoughts of the Middle East bring up visions of armed combat and terrorism. There may have been a little tension, but as we walked the streets of the old city of Jerusalem, our group of United Methodist Christians interacted with Jews and Muslims. We saw Christians interact with Muslims. We saw Jews and Muslims talking together, working together, and living together in close proximity.

They coexist, shunning stereotypes of hatred. This is their home, and they only want their families to be safe and happy.

One very visible sign of trouble was “the wall.” This one was built by Israelis to keep Palestinians out. It’s easy to see why the wall exists, given the troubles in the past with Palestinian-based terror attacks. But building the wall in the name of safety may have gone too far the other direction. Palestinian Christians talked about the need for cisterns so they could collect water for use on the one day of every 20 that they are allowed to collect water via the Israeli infrastructure. If they run out of water before the 20-day cycle is complete, they are simply out of luck — a real humanitarian concern.

The differences between amenities in Israel and in the Palestinian-led West Bank were enormous. Bethlehem, Jericho and other West Bank cities looked far removed from the more modern look of Jerusalem or Tel Aviv.

We were treated one night to a discussion between a Palestinian man and a Jewish businessman (in fact, the owner of the hotel in which we were staying in Jerusalem). It was an impassioned back-and-forth discussion, and I had the opportunity to talk to both men following the presentation. The Israeli gentleman talked forcefully about the need for security and the difficulties of negotiating with Palestinian leaders because the group in the West Bank was different and didn’t communicate well with the group from the Gaza Strip. The Palestinian man talked about the need for basic human rights and compared his people’s plight to that of the American Indian.

Both men did agree on something: Resolution will require regular, everyday people to continue to show respect for each other as leaders of goodwill swallow pride and put the good of others ahead of political interests.

From the fortress of Masada to the Dead Sea scrolls found at Qumran, from the Holocaust remembrance center, Yad Vashem, to the Dead Sea itself, from the streets of the old city of Jerusalem to a massive model of how the city developed since the days of King David, our group learned at each and every stop.

When we boarded our plane for the United States, I think most of us did see Israel as home. As Paul explained in Galatians 3:26-29, followers of Christ have been adopted into the promise God made to Abraham and his descendants. By being part of the family, the Holy Land became “home.”

And what was a black-and-white entrance into the Holy Land gave way to a cascade of color that will forever flow from the scriptures as we read from now on.